Equity and Inclusion in PHAS
» Home » About Us

We formed the Equity and Inclusion group in November 2017. We are comprised of graduate students, faculty and staff.

The group stemmed from the recent Physics and Astronomy Departmental review in October 2017. As the largest minority group (25%), women in the department were asked to share their experiences with the external review committee. When we came together we realized we shared similar challenges. Thus, we decided to create a support network among ourselves by developing an official forum/group for communication.

Our mission and goal is to represent all minority groups, including minority in gender, sexual orientation, race, and disability. We are aiming to provide resources and publicize other local/UBC events for minority groups within our department in order to develop a sense of community and inclusion. One of our major goals is to create continuity of this group and foster a sense of change. 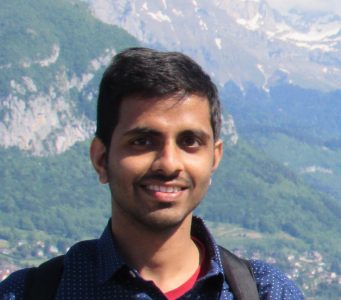 Elham is a PhD student working in the ATLAS experiment of the Large Hadron Collider. He was part of PHAS GSA in the year 2016-2017 as the VP culture. He loves travelling and in his free time he enjoys cooking. 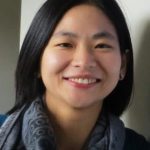 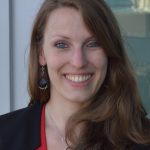 Vanessa is a fifth year PhD student in physics with a research focus on magnetic resonance imaging in multiple sclerosis. She has acted as president of the PHAS graduate student association from 2014-2016, working on building a continuing community within the department. In her free time she dances in a Mexican Folkloric Dance Group and enjoys cooking and baking. 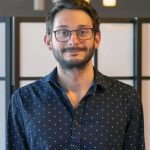 Ryley is a PhD student in the Department of Physics and Astronomy at UBC.
He works on galaxies, galaxy clusters, and the large-scale structure of the Universe. If you can’t find Ryley in the astronomy office then he is probably out in the mountains hiking, trail running or skiing! 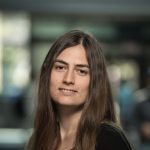 Leesa is a PhD student in physics. Her research focuses on using observations of white dwarfs to test dark matter particle models. In her free time, she enjoys doing judo and sketching.

Chris is a PhD student in physics, working as part of the ATLAS collaboration. He was president of the PHAS GSA in 2017-18 and continues to be somewhat involved as a member of the Committee for Culture. In his spare time, he enjoys traveling, watching sports, and learning the writing systems of various languages. 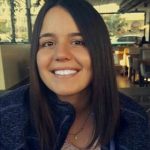 Demet is a 3rd year PhD Student in Physics, working in astrophysics. She mainly works on unraveling the mysteries of black holes and neutron stars. She is especially passionate in wellness, mindfulness and equity, and thrives to connect with people in the department to facilitate in these topics. She is currently the Wellness Representative for the E&I group in PHAS. 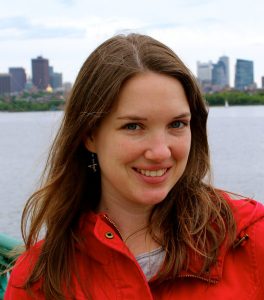 Miriam is a Postdoctoral Fellow in the department working on gravitational-wave astronomy with the LIGO and Virgo detectors. She did her PhD in Germany and moved to Vancouver in October 2019. She is also the Vice-President Operations for the UBC Postdoctoral Association during the current academic year (2020-21). In her free time she likes reading, crafting and spending time in nature.

Evan is a research associate in the department working in the LIGO experiment. 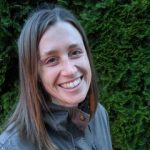 Robin is a PhD student in experimental particle physics, focusing on measuring properties of the Higgs boson using data from the ATLAS experiment at the Large Hadron Collider. When not doing physics, she loves spending time outdoors and cooking. 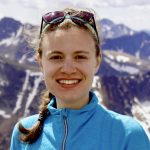 Dominique is a PhD student in experimental particle physics working on the ATLAS experiment at the Large Hadron Collider. In her spare time, she likes hiking, biking and skiing. 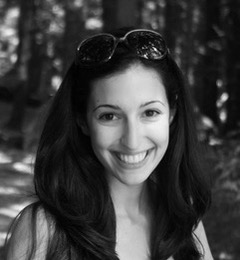 Electra is a founding member of this group and is a research associate in the department of Physics and Astronomy. 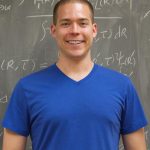 Sébastien Rettie is a PhD student working with the ATLAS experiment at the Large Hadron Collider (LHC), and enjoys skiing and hiking in his spare time.

The following founding members of E&I, were responsible for not only for the creation of this group, but also instrumental in establishing E&I within PHAS and UBC at large. They did this by creating, and embedding E&I into UBC’s community through hosting of workshops, lectures, and open houses that were open to all disciplines of science. In addition to this, they were instrumental in securing funding to ensure the continued operation of the organization.